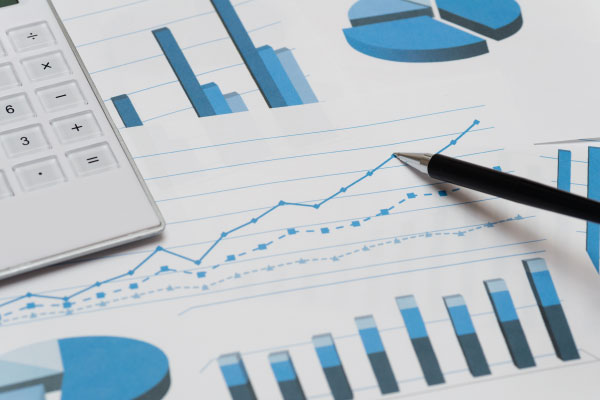 Author: Tim Olmstead, Managing Partner
There is no doubt that 2017 will be a year packed with healthcare changes and plenty of news as the Trump administration takes office. Alinea outlines 5 key developments on upcoming legislation and insights gained from Alinea’s direct experience providing 340B audit and advisory services to clients across the nation. While many developments, such as Trump’s ACA Repeal efforts and the passing of the Omnibus “Mega Guidance” hang in the balance, check out these changes already in progress:

Alinea has successfully assisted multiple clients with responses to and preparing for HRSA audit requests, and has already participated first-hand in several 340B audits conducted by newly contracted auditors of The Bizzell Group. While data requests and audit mechanics are similar, Alinea has witnessed a significant increase in audit depth, pre-audit analytics, and “deep dives” into certain 340B focus areas such as patient eligibility, Medicaid, and treatment of Managed Medicaid. Bizzell boasts highly trained auditors with years of 340B program operational expertise— which is certainly making a difference on the audit trail— as perspective can often influence the way in which the program is viewed and interpreted. In addition to highly competent auditors, the audit data request turn-around time has reduced significantly in certain cases. Alinea stresses the importance of close day-to-day 340B maintenance and accurate inventory management, in addition to our opinion that covered entities must engage a unified, organized approach in preparation for HRSA 340B audits.

Alinea reports that diversion findings as a result of HRSA audits now include explicit language requiring covered entities to conduct a thorough investigation not only into the specific instance of 340B diversion and subsequent resolution with the affected manufacturer, but also in assessing the impact to any potential manufacturers that may have been affected by the covered entity’s misapplication of 340B controls. While it has been widely accepted by the 340B community that covered entities must take a global approach to correcting 340B non-compliance vs. focusing on the specific instance sited by HRSA, this change in language further elucidates HRSA’s expectation that the covered entity will conduct a thorough analysis into systemic 340B compliance break downs and their effect on all parties involved. To assist with 340B diversion findings, HRSA is currently developing a standardized protocol to handle Covered Entity/Manufacturer disputes as a result of overcharging, duplicate discounts, or diversion through a 340B Administrative Dispute Resolution Process (“ADR”). Alinea’s diligence and data analytics team has provided assistance in forensic analytics, data logic, and assumptions support and development to numerous covered entities facing 340B diversion findings. Entities are highly encouraged to engage legal counsel for corrective action plan responses and manufacturer repayment assistance.

ACA Repeal: During the most recent ASHP Mid-Year Conference in Las Vegas, covered entities expressed considerable angst regarding the potential downstream impact of ACA repeal. Specific concerns relate to the inclusion and continued participation of ACA 340B expansion entities, which include rural hospitals, children’s hospitals, and free-standing cancer centers. While no formal statements or information directly addressing ACA implications for 340B hospitals have been provided outside of speculation, 340B stakeholders should closely monitor ACA repeal developments and take the necessary steps to address potential changes. 340B Mega Guidance: As the highly anticipated December 2016 release of HRSA’s 340B Omnibus “Mega Guidance” has come and gone, Alinea sources speculate that Mega Guidance release may be delayed into late 2017 or perhaps 2018 as the Trump administration addresses more pressing healthcare changes in 2017. Alinea works closely with legal firms, government officials and representatives, as well as being a corporate member with 340B Health, and will continue to monitor further developments around the release and contents of 340B Mega Guidance and its impact to our clients and community.

Good News: Bipartisan Budget Act (BBA) Section 603 Impact on 340B Hospitals Will Not Prevent 340B Child Site Inclusion, However Future Hospital Growth and Acquisition of Off-Site Services Poses Uncertainties and Potential for Future Changes that May Impact 340B

According to insights gained in recent months regarding the impact of Section 603, services provided at non-excepted off-campus PBDs will continue to bill on an institutional claim (UB-04). What will change, however, is the reimbursement for non-excepted (non-grandfathered) off-campus provider-based departments, which will no longer follow the outpatient prospective payment system (OPPS) model in 2017. In reference to 340B eligibility, the services will continue to be considered part of the hospital and reported as a reimbursable cost center on the hospital’s cost report, which meets HRSA’s eligibility criteria for child site registration. While we believe that Section 603 will not prevent hospitals from enrolling off-campus provider-based departments in the 340B program in 2017, at a time when hospitals look to further their reach into communities, Section 603 does change and potentially reduce government payor reimbursement, which may impact hospital growth and profitability. CMS plans to reevaluate its policy in future years and provide further subregulatory guidance; future changes could have unintended consequences and impact the 340B program. Stay tuned!

April 1, 2017: Implementation Deadlines for AMP Rule and $5,000 Manufacturer Fines for 340B Overcharging

AMP Rule 340B Requirements: The final AMP rule will require that states pay for 340B drugs billed to fee-for-service Medicaid at actual acquisition cost or the 340B ceiling price plus a professional dispensing fee. The mandate stipulates that states establish ways for covered entities to identify 340B drugs used for Medicaid managed care, and includes provisions that may make it easier for manufacturers to give voluntary discounts to 340B hospitals. States are required to have plans in place to meet AMP Rule requirements by April 1, 2017. Please reference Sidley’s “The Wait is Over” article and Alinea’s Blog “Downstream Impact of AMP Rule Significant for 340B Covered Entities” to learn more about the AMP Rule. Fines for Overcharging 340B Covered Entities: On January 4, 2017, HHS and HRSA issued final rules to implement civil monetary penalties on manufacturers who knowingly and intentionally charge Covered Entities an amount greater than the ceiling price for a given 340B drug. Fines may not exceed $5,000 for each instance of overcharging. A single instance of overcharging is defined as each order for a 340B drug, regardless of the number of units ordered. The rules will establish a system for calculating maximum prices (“ceiling prices”) for covered outpatient drugs. HRSA will begin enforcing the requirements on April 1, 2017. The final rule is seen as an important development for 340B entities, but will likely be subject to interpretation as an incorrect ceiling price calculation can often stem from inadvertent faults related to internal controls opposed to “intentional overcharging,” which would be cause for the newly imposed fines.